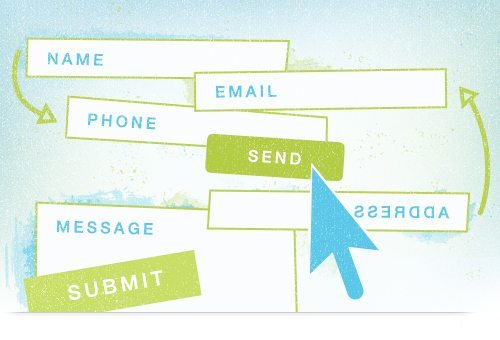 Usability is a highly sophisticated field. And it’s constantly changing. To navigate that complexity, I keep six core principles of UI design in mind. They help me stay focused on what’s important.

You can apply these guidelines to any UI project you’ve got. Whether you’re designing web applications or washing machines, the principles stay the same.

Consider the people actually using your product. When I’m working on an interface, I imagine not just the general demographic I’m designing for, but the specific people. Instead of imagining “seniors,” for example, I imagine my dad or mom. How would they interact with the screen? What would frustrate them? Or make them smile?

Copywriters tell me that they work the same way. They imagine in great detail the person for whom they’re writing — even inventing details about their clothes, family, and hobbies. It helps them see their target audience clearly, and they write with more focus because of it.

Make it simple. It’s easy to get caught up in the coolness of your design. Or to shove elements in that users “might need.” Every so often, step back and remove every element that you possibly can from your interface. Be ruthless – don’t think anything is too clever or important to strip away.

Then, take a hard look at what’s left. Did you really need those extra elements? Or is the UI cleaner—and more user-friendly—without them?

Draw attention to what’s important. This guideline sounds basic—but it means everything. Think carefully about the number one action you want your users to perform. Then make that action the most prominent.

For Chipotle, that means putting “Create New Order” right at the top of the screen. For Dragon Dictation, it means placing a single red “record” button smack dab in the center of the interface—with nothing else around it.

Create barriers. On the opposite side, think about what actions you don’t want users to take—and put some barriers around them. For example, Amazon doesn’t mind if you read the “About” information on their web app. But it’s safely buried under a generic “More” navigation button.

Why? Because that information’s just not that important. It’s not central to the app’s core function: helping users quickly find and buy merchandise.

Get feedback. As a matter of fact, get lots of feedback. Share the UI with family, friends, focus groups. People who are familiar with web apps, and people who know nothing about them. Industry experts and kids just out of college. The more information you get on how real people interact with your UI, the more you can perfect it.

Just remember: collect all the data you want, but ultimately, you have to decide what’s the best design.

Consider someone performing a task a hundred thousand times. Think about the people who will use your application frequently. What are they going to get sick of? What’s going to slow them down?

For example, I hate the fact that you have to tap “Play” then “Submit” every turn on Words With Friends. That’s two taps for every single action a user performs! Multiply that by five games, two turns a day, for weeks on end. That’s hundreds of extra clicks.

Yeah, it’s just a game. But it still gets annoying. And you don’t want annoyed users for your web app.

Usability is a hugely sophisticated field, lots to learn, changing … never hurts to remember the basics.

Slurping Up Bugs with Mantis

Apping It Out in Las Vegas
Scroll to top